Have you been MIS-SOLD a pension ANNUITY?

Make the most of your money

Have you been MIS-SOLD a pension ANNUITY?

Get our free weekly email full of the latest deals, guides and money saving tips.

If you have ever bought a pension annuity we strongly recommend you read the statements below.

If any of them apply to you, then there’s a very good chance you’ve been mis-sold your annuity and are entitled to compensation.

According to data from the Financial Conduct Authority (FCA) as many as 600,000 people could be due compensation for mis-sold annuities.

Over 400,000 people have bought annuities every year since 2008, and Annuity mis-selling compensation payouts could total billions of pound in the UK.

Have you been mis-sold a pension annuity?

In summary you may have been mis-sold an annuity if:

How do I know if I was given the right advice?


If you shopped around yourself or used a financial adviser when you chose your annuity, you will more than likely have got the best deal based on your circumstances.

However the Financial Conduct Authority has found that 6 out of 10 people never switched annuity provider. It also says that 90% of these people then failed to get the best deal for their circumstances. Many people have been mis-sold annuities because they did not receive the enhanced annuity, i.e. more income each month, even though they had qualifying medical conditions, like high blood pressure, high colesterol or other health issues.

Who is to blame?

In the boom years leading up to the credit crunch, many financial advisors were on bonuses and targets to sell, and it seems clear that these bonuses encouraged the selling of annuity products to people they simply weren’t right for.

Since 1975 insurance companies have had a legal requirement to provide customers with an "open market option". However the Financial Conduct Authority has revealed that many insurance companies have simply "rolled over" their own policies into their own annuities, without explaining fully that people had other options. In fact the FCA report states that out of 420,000 maturing policies in 2012, 60% bought their annuity directly from their own insurer. 80% of those could have got a better deal using the open market option.

So if you purchased your annuity from the same company that held your pension and they didn’t instruct you to shop around, there is a very good chance you can claim.

The FCA has also stated that pension companies are responsible for speople buying the “wrong” annuities. The FCA has said the majority of insurers broke the rules or failed in their duty of care to customers when they sold annuities.

I think I was mis-sold my annuity, what can I do?

The Financial Conduct Authority (FCA) is forcing annuity providers to review past sales of annuities going back to 2008. However, only a sample will be analysed. If this shows evidence of a "more widespread problem" the FCA could take some form of regulatory action. That may result in firms being forced to pay compensation and pay fines. This investigation could take many years, however if you think you were mis-sold an annuity, you are still free to make a complaint straight away.

Get our free weekly email full of the latest deals, guides and money saving tips.

How much will a successful claim be worth?

Every case is different, however the amount of the claim will be based on the size of your pension pot. There will be an amount for "past loss", i.e. the annuity payments you haven't been paid, and a "future loss" payment to cover the shortfall in your annuity.

On average, we will be talking in the thousands of pounds for a refund and an increased pension going forward for successful claims.

Just complete our quick mis-sold annuity compensation calculator and we'll assess whether you can claim and the amount of compensation you are likely to receive. 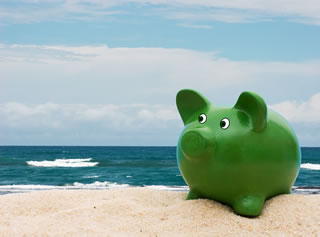 Have you received a letter from Phillips & Cohen Associates. In this guide we'll show you a common letter they send, the tactics they use and how to deal with...

A Guide To An Attachment of Earnings Order

(freephone, including all mobiles) 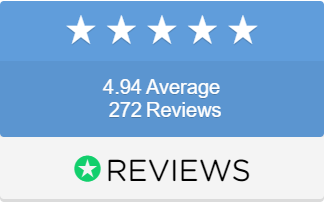 I Contacted them at 5 pm on a Thursday night,they arranged a meeting Friday morning with all the relevant bodies their because my case was the following Monday .I can't sing their praises high enough they contacted the courts same afternoon. Fantastic response, I avoided bankruptcy on the Monday and was given time to arrange an Iva. I risked losing my home,my mother and fathers home all hope seemed lost until I made that fateful phone call. I can now sleep at night.

Join 100,000s of Money Advice Onliners who read our WEEKLY email. Get our round up of ALL the best money saving tips, best buys, discount vouchers and competitions. Don't miss out!

We hereby promise to be responsible emailers.

MoneyAdviceOnline.co.uk is a comparison service that acts as an introducer to companies who offer regulated financial advice (FCA approved). Our website is completely free for you to use but we may receive a commission from some of the companies we feature. Moneyadviceonline.co.uk does not provide any advice and we are not liable for any financial advice provided by, or obtained through a third party. As with any investment, the value of investments can fall as well as rise and maybe worth less than what was paid in. Past performance is not an indicator of future results. MoneyAdviceOnline.co.uk does not provide any regulated debt activates in relation to debt counselling or adjusting. You can also get free impartial debt advice by following this link to the Money Advice Service.